"light their flatulence and burn themselves (one dies)" 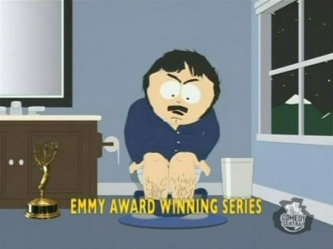 All scenes are animated: A heart explodes and we see some blood on an open chest and ribcage; we also see lots of blood in an emergency room where organs are pulled out of a character. War scenes with machine gun fire, explosions, stabbing and attacking with chainsaws; we see puddles of blood, body parts flying and bloody corpses. A few characters are shot with blood on their heads and bodies; a character dies with a bloody face and mouth and we see blood on torture victims’ heads and bodies. Two people are shocked in electric chairs and another is shocked every time he curses. A character is scorched and impaled (with intestines showing), teeth are pulled out of someone’s mouth (some blood is visible), a character is tied over a fiery pit with chains and a person throws himself out of a window and hits a car (we see some blood). A baby is kicked through window, a boy is hit over the head with a chair, a person is broken in half over someone’s knee and a face is slapped. Hell is depicted in a few scenes with fiery demons and skeletons. Two kids light their flatulence and burn themselves (one dies), the force of someone’s flatulence knocks a person into a drum set, animals urinate on snow and there are several scenes of vomiting and passing gas.

Every bad word you can think of is said in this movie. The word fuck is said over 350 times.

Two men sing a song where they call each other uncle fuckers many times.

Four eight-year old boys repeat the vulgar language they heard at a movie. Their friends repeat it ,and one of the boys sings a song in front of a woman while calling her a bitch.

Many times throughout, characters say crude things about Jews, Christians, Muslims, and other religions.

Various characters hold/smoke cigars including a military general and a man in Hell, while a kid who helps Cartman and his pals smokes several times.

Younger kids — and those with strong convictions about and the devil — may be scared or unsettled by visions of Hell (that are computer-created graphics instead of the rest of the film’s construction paper-like cutouts) or Satan’s ascent to the surface of the world. 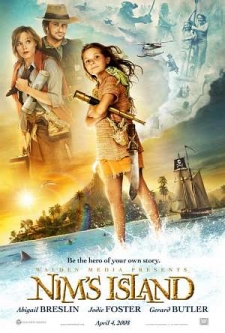