a german quasi-western filmed in the desert... with bugdet only for whisky... 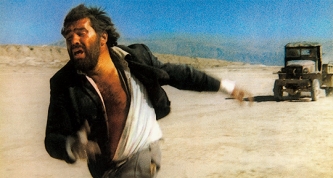 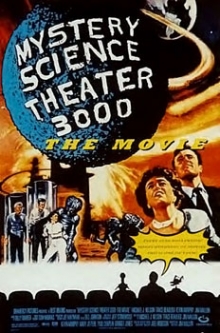 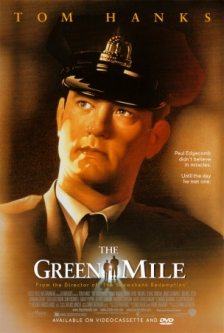 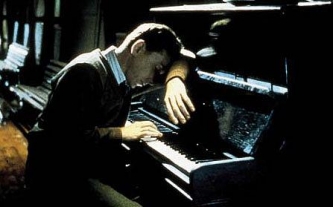 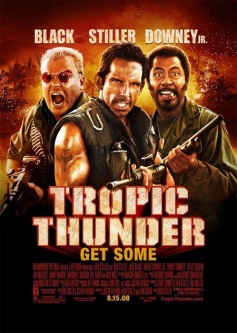 Kirk Lazarus: I don’t read the script. The script reads me.
Kevin Sandusky: What the fuck does that mean ?
—
Tugg Speedman: [as Simple Jack] You make my pee-pee maker t-t-tingle.
—
Tugg Speedman: [as Simple Jack] You m-m-m-mmm-m-make me happy.
—
Tugg Speedman: [as Simple Jack] Mama, I’ll see you again tonight in my head movies. But this head movies makes my eyes rain!
—
Jeff Portnoy: [to Four Leaf] You grew hands?
—
Tugg Speedman: This is insane. Are you really going to abandon this movie? We’re supposed to be a unit!
Kirk Lazarus: Suck my unit.
—
Studio Executive Rob Slolom: Wow. 8 Oscars, 400 million dollars at the box office, and you saved Tugg Speedman’s career.
Les Grossman: I couldn’t have done it without you.
Studio Executive Rob Slolom: Really?
Les Grossman: No, dickhead. Of course I could. A nutless monkey could do your job. Now, go get drunk and take credit at all the parties.
Studio Executive Rob Slolom: I wouldn’t do that.
Les Grossman: Ah... joking.
Studio Executive Rob Slolom: Ah, there he is! Funny. You’re a funny guy.
Les Grossman: Yeah. But seriously, a nutless monkey could do your job.
—
[Jeff, Kirk, and Kevin have just learned Alpa is gay]
Jeff Portnoy: Alpa, if you untie me, I will literally suck your dick, right now.
Alpa Chino: Man, I told you for the last time, I love tha pussy!
Jeff Portnoy: I’ll cradle the balls, stroke the shaft, work the pipe, and swallow the gravy. Get it over here, buddy. Let’s do this.
—
[Tugg has just killed a panda]
Tugg Speedman: I killed one, Rick... the thing I love most in the world.
Rick Peck: A hooker. Oh Jesus, you killed a hooker!
Tugg Speedman: I killed a panda.
Rick Peck: Amanda ? Maybe that’s not even her real name.
—
Tugg Speedman: [the boy hands him a box, he removes the cloth from the box and looks inside] A little twig-man oscar. I ’m going to call you half-squat, and you can call me... papa
—
Kirk Lazarus: Same thing happened to me when I played Neil Armstrong in Moonshot. They found me in an alley in Burbank trying to re-enter the earth’s atmosphere in an old refrigerator box.
—
Kirk Lazarus: Nah! It’s simple as pie man, you plant your feet on the ground, you look her square in the eyes you say "Hey! baby, you and me’s goin’ on a date, that’s in the story"... What’s her name?
Alpa Chino: ...Lance
Kirk Lazarus: You say ’Listen here, Lance’... Lance? What the fuck did I just hear? Lance?
Kevin Sandusky: Did you just say Lance?
Alpa Chino: No! No, I didn’t say Lance. I said Nance.
Kevin Sandusky: It sounded a lot like Lance.
Alpa Chino: Dammit, I’m Alpa Chino! ’I Love Tha Pussy’, aight? L
ay yo ass back down and look at the stars.
Kirk Lazarus: When you wrote ’I Love Tha Pussy’, was you thinking about danglin your dice on Lance’s forehead?
—
Kirk Lazarus: Yo asshole! This motha’ fucka’s dead. Ain’t no Chris Angel Mindfreak, David Blane trapdoor horse shit jumpin’ off here!
—
Kirk Lazarus: I know what dude I am. I’m the dude playin’ the dude, disguised as another dude!
—
Kirk Lazarus: You more shredded than a Julienne salad, man.
—
Kirk Lazarus: Man, I don’t drop character ’till I done the DVD commentary.
—
Tugg Speedman: Now, let’s go get those Viet Congs.
[cocks his gun]
Alpa Chino: "Viet Cong!"
Tugg Speedman: What?
Alpa Chino: It’s "viet cong." There’s no "s," it’s already plural. You wouldn’t say "Chineses..."
—
Les Grossman: Look, fuckstick, I’m incredibly busy. So why don’t you get the hell out of here before I snap your dick off and jam it into your ass...
—
Cody: [setting off a rig of explosives] Big ass titties!
—
Les Grossman: First, take a big step back... and literally, FUCK YOUR OWN FACE! I don’t know what kind of pan-pacific bullshit power play you’re trying to pull here, but Asia Jack is my territory. So whatever you’re thinking, you’d better think again! Otherwise I’m gonna have to head down there and I will rain down in a Godly fucking firestorm upon you! You’re gonna have to call the fucking United Nations and get a fucking binding resolution to keep me from fucking destroying you. I’m talking about a scorched earth, motherfucker! I will massacre you! I WILL FUCK YOU UP!
—
Jeff Portnoy: [shoves drugs in guards’ faces] Take this you bastards! Oh hilarious!
[the guards drop to the ground]
Jeff Portnoy: Let’s move! We only have 16 hours before they wake up!
—
Alpa Chino: Yeah... but those dudes was trained soldiers.
Kirk Lazarus: [cocks unloaded pistol] Yeah! And we trained actors, mothafucka! Time to man up. And I ain’t gonna sugarcoat. Some of us might not even make it back.
Jeff Portnoy: What do you mean? Like, not on the same flight?
—
Alpa Chino: And why am I in this movie? Maybe I just knew I had to represent, because they had one good part in it for a black man and they gave it to Crocodile Dundee.
Kirk Lazarus: Pump your brakes, kid. That man is a national treasure.
Alpa Chino: I just wanted to throw another shrimp on your Barbie.
Kirk Lazarus: That shit ain’t funny.
Kevin Sandusky: Hey, fellas! It’s hot! We’re tired! It stinks!
Alpa Chino: I’m just fucking with you, Kangaroo Jack! I’m sorry a dingo ate your baby.
Kirk Lazarus: You know that’s a true story? Lady lost her kid.
—
Tugg Speedman: My son gave this to me.
Kirk Lazarus: That’s your stick buddy?
Tugg Speedman: His name is Twiggman.
Kirk Lazarus: Does he want to come with us?
—
Kirk Lazarus: Cover me!
Kevin Sandusky: [Others are yelling at him to come back in helicopter] How do we cover him?